So…..I lost the entire post I originally had from this day.🤦🏼‍♀️ Here goes my second attempt to tell you about our final day of this trip at Magic Kingdom!

We started off this day a little late. Disney trips are tiring and it was catching up with us. We were also planning on staying in the park till closing which, with extra magic hours, was midnight so getting a late start was probably for the best. Our first order of business when we entered the park was to get some picture by Cinderella’s wishing well. On our way, we stopped by the castle stage to watch Mickey’s Royal Friendship Faire. This is a really cute show and you don’t have to get there early to see it well. There are 5 performances throughout the day so it is pretty easy to fit in your schedule. I have a tendancy to skip stage shows but they are really well done and I am always glad when we take the time to watch at least a part of them.

If you are on Main Street facing the castle, Cinderella’s wishing well is located on the path to the right. 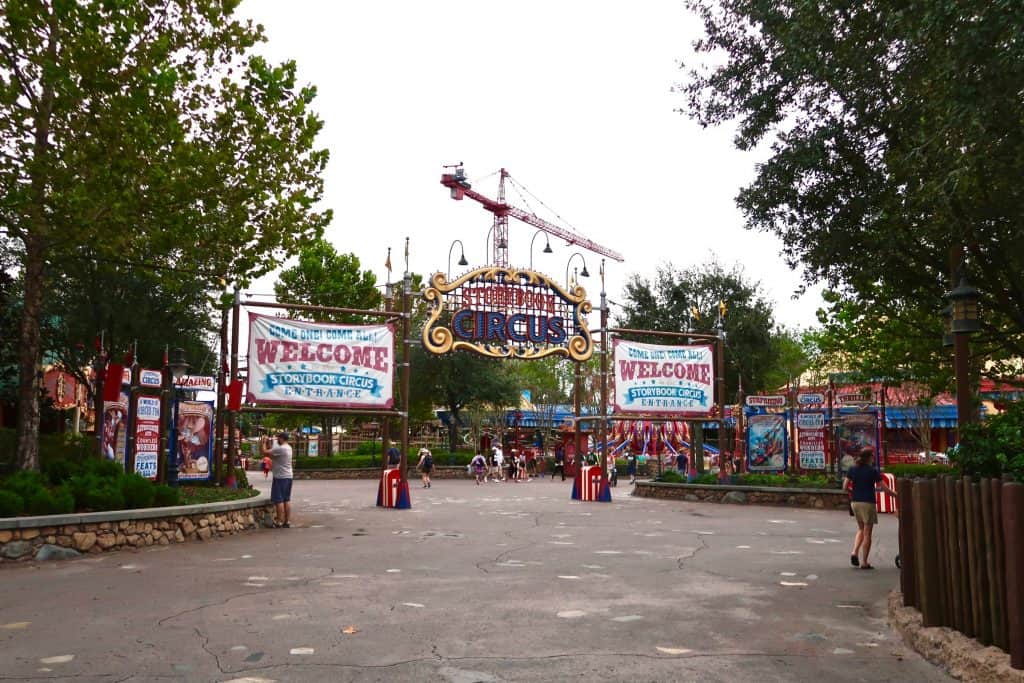 After getting our photos done, we made our way back to Storybook Circus in Fantasyland. It was already pretty warm so we decided to ride Dumb the Flying Elephant to get a break from the sun. Most of the line queue is covered and part of it is inside with a play area and seating!!

Directly across from Dumbo is Big Top Souvenirs. Obviously, it is a store with a large selection of souvenirs but it’s also the location of Big Top Treats. If you missed out on picking up some sweet treats at the Confectionary on Main Street here is your second chance to try some out! You can find popcorn, cotton candy, dipped fruit, cake pops, cupcakes, cookies, “carmel” apples, marshmallow treats and drinks. We went for the Mickey Cake Pop, the dipped Mickey Chocolate Chip cookie and a Goofy Glacier. They were all really good!

We watched the marching band while enjoying our treats as fast as we could so they would not melt!

Unfortunately, my oldest daughter had to wear a walking boot during our trip. She powered through most of the time just walking on it but by today it was just getting too painful. Thankfully, there is a train station for the Walt Disney World Railroad so we rode that back to the front of the park to rent a wheelchair. We rode the train back around the whole park as we had an upcoming FastPass for PeterPan’s Flight. By that time the rest of our party had made into the park and it was time for our FastPass for Pirates of the Caribbean.

We had a little spare time so they decided we should watch the County Bear Jamboree. Now…..this was a staple attraction when we came to the park as kids but I had not seen it with my kids or since I was young. Wow! This was painful to watch! Of all the things that need a major overhaul or just a complete gut job, this is it!! I usually hate to see the classic attractions go but seriously, I will never subject myself to the Country Bear Jamboree again. The only thing it is good for is a nap or breastfeeding the babe. Don’t waste your precious time. Thankfully, Pirates of the Caribbean was our next ride which is amazing! Do not skip this one!!

By this time it was around 2:00 and really hot so we decided to split up for a few hours. Some went back to the resort for a rest, some went to eat in air conditioning and I, of course, walked around exploring resorts. I honestly could spend a whole trip just going “resort hopping” Here is a mini-tour around the Boardwalk area resorts.

We reconviened around 6:00 at Magic Kingdom. I had booked a FastPass for all of us on Space Mountain but we missed it because Ellie forgot her magic band in the room AGAIN!! It actually turned out okay because we told guest relations that we were missing our FastPass and she gave us another one for everyone in our group 🙂 Those of us that did not want to ride Space Mountain went to check out the dance party at the Rockettower Plaza Stage. The kids really enjoyed this! Even the big kids did some dancing.

We stayed in Tomorrowland for awhile riding Buzz Lightyear’s Space Ranger Spin, Monster’s Inc Laugh Floor and Astro Orbiter without FastPasses and fairly minimal wait times. For us, another not to be missed attraction and one my mom was anxious to see again was the Carousel of Progress. The kids were not as keen about spending 25 min watching a show about progress, so we sent them off to the Tomorrowland Speedway, an attraction that I avoid at all costs. By the time we were done with all of this, it was around 10:00 and some of our party dropped out for the day. These rookies just can not keep up!! To me, this is the BEST time to be in the park! I just love how the whole place glows and sparkles with all of the lights. It makes the whole place even more magical. And, the parks are almost always quieter at night, especially nights with Extra Magic Hours.

We watched the fireworks a couple of days ago so we stayed in the back of the park during the show. I am so glad we did because we got these amazing photos! These all are from a Disney PhotoPass photographer. I guarentee they would not have turned out if I had taken them. This is why I highly encourage everyone to use this service and to also get the Memory Maker.

After having a lot of pictures taken we rode Journey of the Little Mermaid and made our way to Main Street to do some shopping before park closing. On our way, we asked several cast members what time the Main Street stores would close with Extra Magic Hours. On typical nights the stores close one hour after park closing. They all assured us that they would close one hour after park closing which would have been 1:00 am with a park closure of 12:00 am. Well, this is not the case! We were in the stores before 12:00 but when I went outside to watch the Kiss Goodnight, Disney’s way of telling you that the park is closing, they began to lock the doors to the stores!! I was locked outside while my girls were inside the store! Eventually, I got one of my daughters to open the door to let me back in but they were actively corralling people and moving them to the exit. So, in our experience, the stores close at the same time as the park with Extra Magic Hours.

Here are a few more pics of the park at night. Thanks for following along on this trip report. Hope you picked up some information that will be helpful in planning your Disney World vacation!

Here are some other post you may find helpful or entertaining 🙂

Your Disney Hotel-How to Choose the Right One

What can I help you with?

Do you have a question about planning your Walt Disney World vacation? Send me your question. I would love to help! 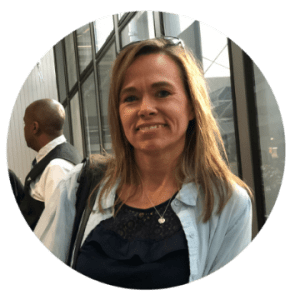 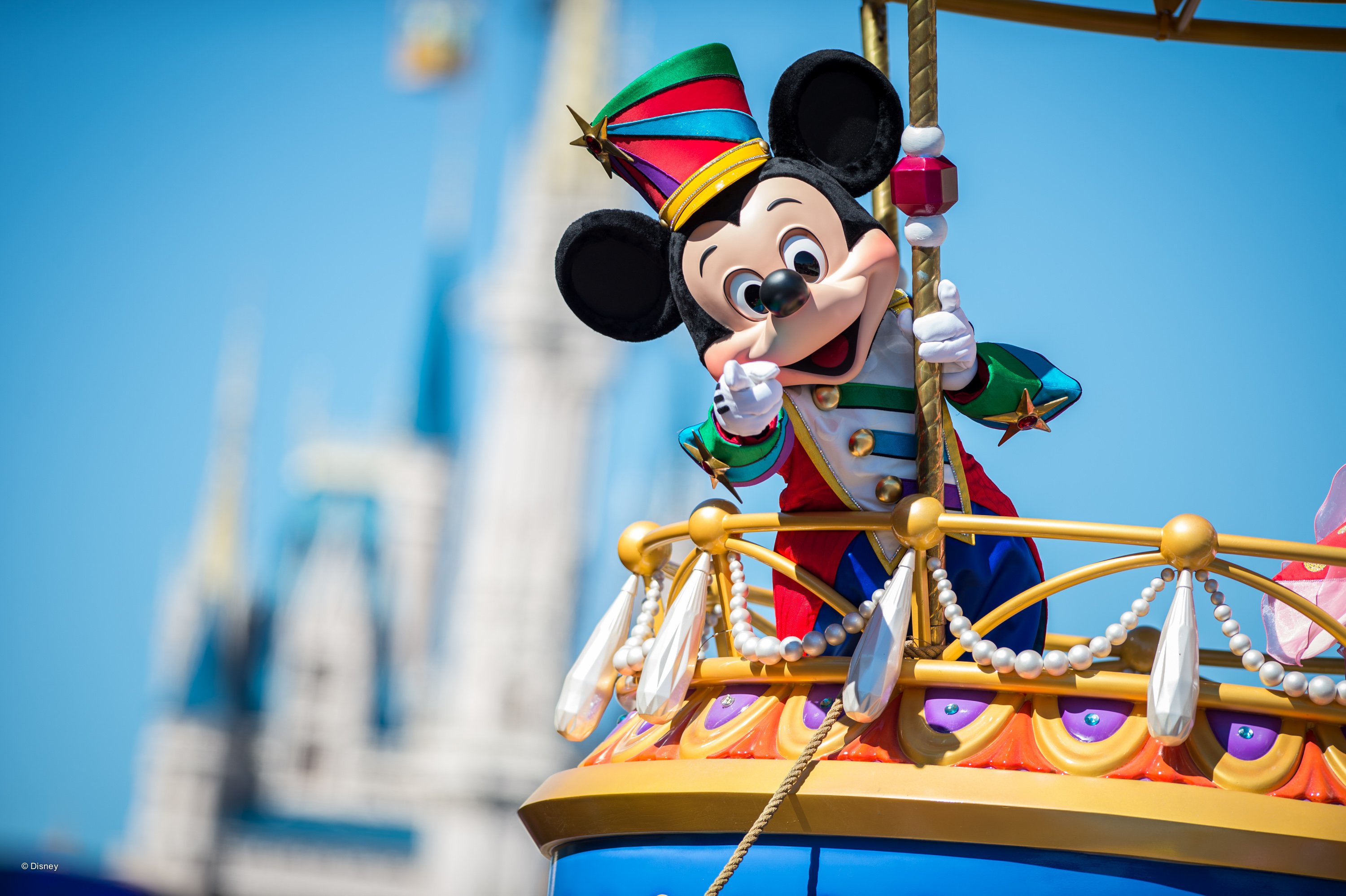